Pupils looked to the future when they buried a time capsule at a new housing development near their school.

Brierley Homes, North Yorkshire’s housing development company, is overseeing the construction of 21 two, three, four and five-bedroom homes at the site in the village of Marton-Cum-Grafton.

Children from Marton-Cum-Grafton Primary School were given a tour of the scheme by site manager Alex Aitken and site engineer Mark Young from the construction firm, Hobson and Porter, and saw the progress made since their last visit.

They then buried the time capsule which included items such as a lightbulb, letters and Covid-19 testing kits.

Brierley Homes’ director, Matt O’Neill, said he was delighted pupils were able to visit the site once again.

“Visits such as this are all about engaging with the local community. We believe it is important that we have an ongoing relationship with those that live in and around our developments,” he said.

“The children were very interested in what we were doing and how we go from a plot of land to a completed housing scheme. They were also very proud to be associated with it through the burying of the time capsule and were excited to consider what people in the future will think of the contents when it is eventually uncovered.”

North Yorkshire County Council’s executive member for business and economic development, Cllr Derek Bastiman, said: “We are rightly proud of developments such as Yew Tree Farm and it is fantastic to be able to invite local schoolchildren along to the site to see firsthand what we are doing.

“I think burying a time capsule is a great way of the children leaving a lasting legacy of their visit here.”

Teacher Jane Yeadon added: “I think the children have found this really useful because it has really made them think about where they are in their little history timeline and in particular what is happening to them at the moment and what has happened in their recent past.

Prior to burying the time capsule, pupils Summer and Louis explained the thought that went into it.

“It will tell people in the future what we did in our days and our struggles. It will be fun for them to compare what they do to what we do,” said Summer.

Louis added: “We will be burying keys, coins, things that we have in this time, like Covid tests. We are also putting letters in explaining what it has been like through Covid and how we have resolved it through vaccinations and showing people what it is like to live as a 2022 person.”

Watch the children speak about the visit here: https://youtu.be/T5jvn1Oz5Jk 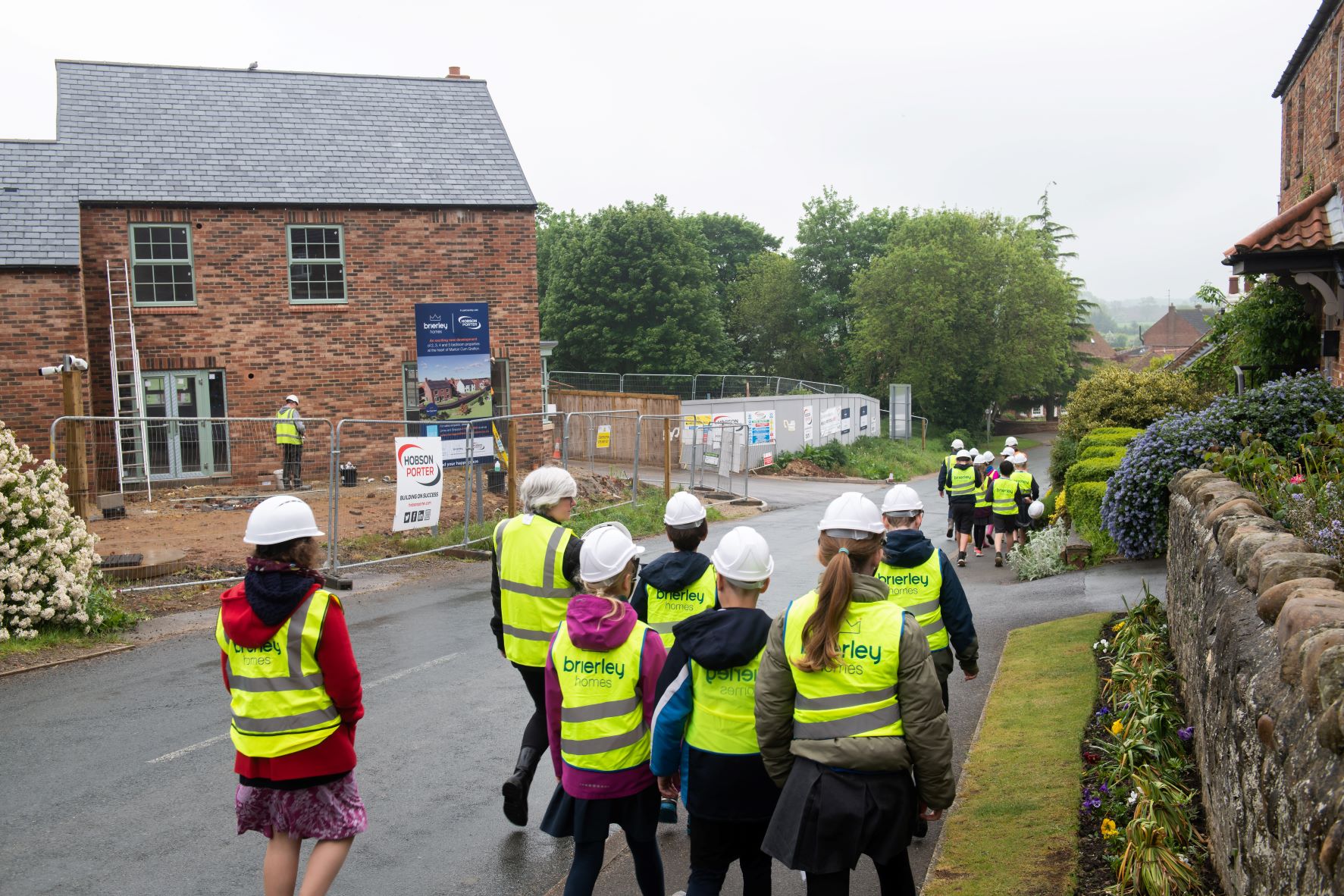